In your business, you have a lot of responsibility, like casting the vision for your future and managing payroll. You have to lead your team and deal with the nitty-gritty details most people don’t actively think about. One of these areas is the taxes you have to pay, including social security, medicate federal income, and of course, FUTA. END_OF_DOCUMENT_TOKEN_TO_BE_REPLACED

Running your own business comes with a lot of considerations that all fall on you, including unemployment insurance and the tax that funds it. Your understanding of these areas most likely depends on your level of experience and how long you’ve been running your own business. Here’s a brief overview to explain what you need to know about federal unemployment tax liability. END_OF_DOCUMENT_TOKEN_TO_BE_REPLACED

The economy added 222,000 jobs in June, the largest increase since February. Meanwhile, revisions showed job growth was better in April and May than previously thought. The economy has created an average of 194,000 jobs over the past three months. That compares favorably to a monthly average of 166,000 during the first quarter, and a pace of 187,000 for all of last year

The unemployment rate rose to 4.4%, up from the lowest level since May 2001. The higher unemployment rate reflects more Americans entering the labor force in June, but not all of them finding jobs. Federal Reserve officials project the jobless rate will average 4.5% to 4.8% over the long run. The current level of unemployment suggests the economy is at or very near to full employment, or the point at which nearly all job seekers have found work.

The share of Americans holding jobs or actively looking for them rose one-tenth of a percentage point to 62.8% in June. The figure is little changed from 62.7% a year earlier. The labor-force participation rate is still hovering near four-decade lows. That largely reflects an aging population is retiring. But it could also suggest some Americans in their prime working years remain on the sidelines, despite expectations they would rejoin the market as conditions improved.

Private-sector workers saw their paychecks grow a familiar 2.5%, on average, from a year earlier. Wage growth has been stuck near that pace for about the past two years. Wage growth has been fairly consistent but hardly robust. A decade ago, before the recession began, average hourly earnings rose 3.6% from a year earlier. Many economists expect wage growth to accelerate with the unemployment rate at historically low levels.

A broader measure of unemployment rose to 8.6% in June from 8.4% a month earlier. That rate—formally known as the “U-6″—counts not just unemployed workers in the labor force but also Americans too discouraged to enter the job search and part-time workers who would prefer to work full time.

Employers should be taking this opportunity to make sure that they are staying on top their unemployment costs. While the climate is good, the time is right for companies to shop around to find the best software and most efficient processes to protect themelves from those inevitable changes in the employment landscape. Contact Unemployment Tracker for more information on effective Unemployment Insurance cost management. 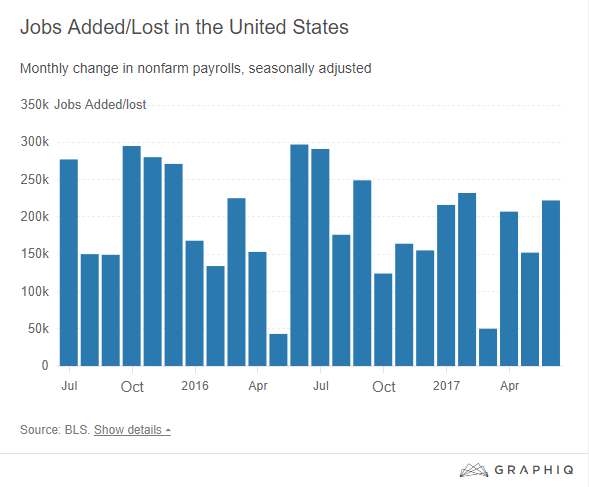 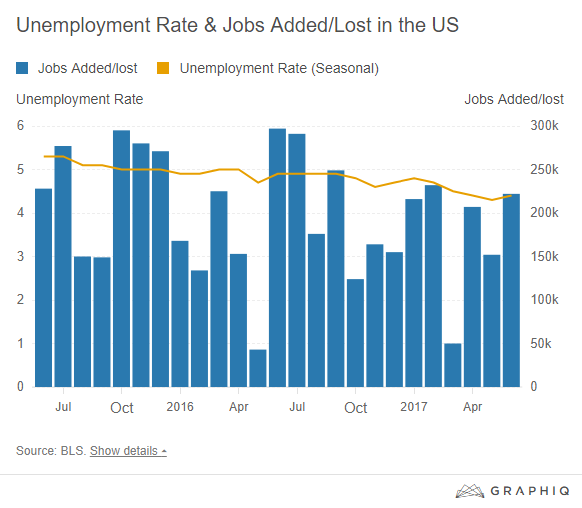 END_OF_DOCUMENT_TOKEN_TO_BE_REPLACED

9 TIPS FOR MANAGING YOUR UI COSTS

END_OF_DOCUMENT_TOKEN_TO_BE_REPLACED

Because the Staffing Industry is such a competitive one, it is critical for owners of staffing firms to be as efficient and effective at controlling their administrative costs (which are a primary component of client markup rates) so that they can be as profitable as possible. Unemployment Insurance (UI) costs represent a significant part of the administrative burden for staffing firms so it is an important cost to control. There are many components involved in an effective UI Cost Control program – the one discussed in this blog involves ensuring that you understand how the UI system works.

END_OF_DOCUMENT_TOKEN_TO_BE_REPLACED

A major economic driver in America is creating jobs and labor, making employment and staffing an industry of its own. Placing millions of people in jobs each year comes with extra tasks involving payroll, taxes, employee relations, safety regulations, and unemployment insurance.

END_OF_DOCUMENT_TOKEN_TO_BE_REPLACED

Like it or not, tax time is here. That means for employers across the country, they’re receiving their unemployment insurance (UI) tax rate notices. And with that often comes what can be referred to as “UI Tax Rate Sticker Shock,” which serve as a stark reminder that UI taxes are one of the largest employer tax expenditures out there.

END_OF_DOCUMENT_TOKEN_TO_BE_REPLACED

Employers across the country are getting their UI Tax Rate notices and promptly going into “Sticker Shock”. Getting your tax rate notice is a bit like getting a root canal – you can’t avoid it and it can be unpleasant and painful. So, now that you know your tax rate for the coming year it is time to figure out what to do about it? Here are a few suggestions to help you along:

END_OF_DOCUMENT_TOKEN_TO_BE_REPLACED

https://unemploymenttracker.com/wp-content/uploads/2018/04/uet-logos-trans-576x110.png 0 0 Brian Paavola https://unemploymenttracker.com/wp-content/uploads/2018/04/uet-logos-trans-576x110.png Brian Paavola2017-01-24 00:00:002020-04-06 13:57:53"Tax Tips for Employers Regarding Unemployment Taxes"
Well, it is getting close to the time when employers across the US will receive their new (2017) unemployment tax rate notice. Many companies will then suffer through “UI tax rate sticker shock” – their new tax rate will have risen more than they thought or have gone down less than they thought – and is likely to cost more than was budgeted. For many employers, unemployment taxes have become the second highest employer tax, right behind FICA.